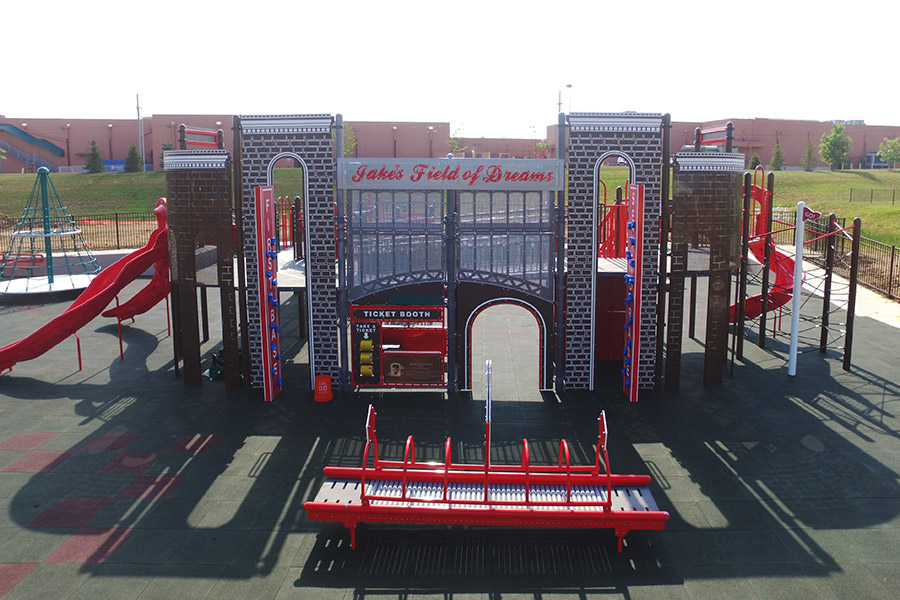 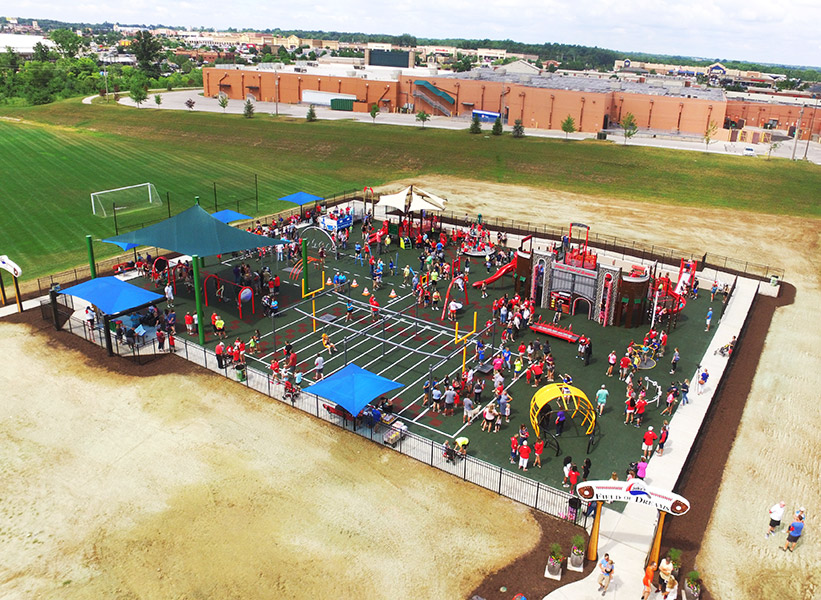 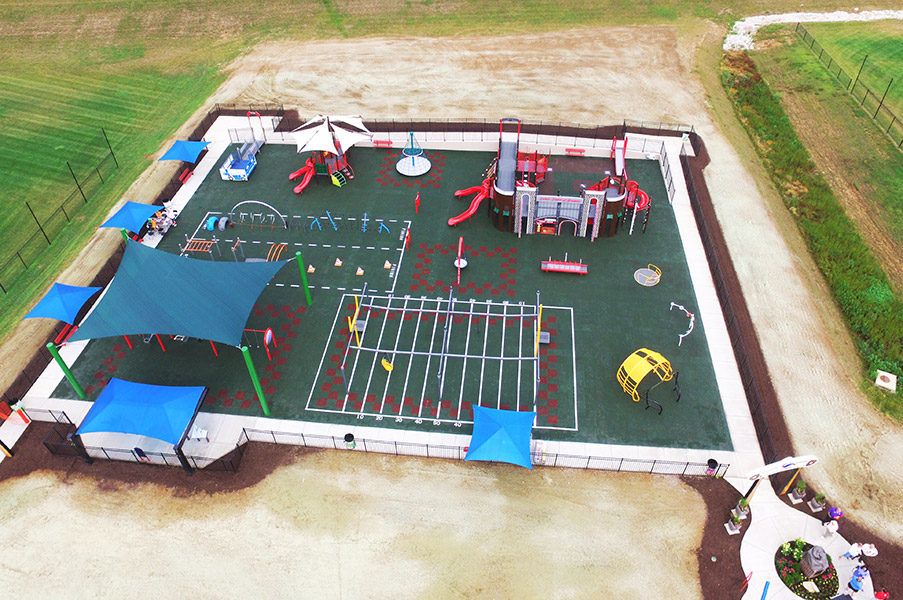 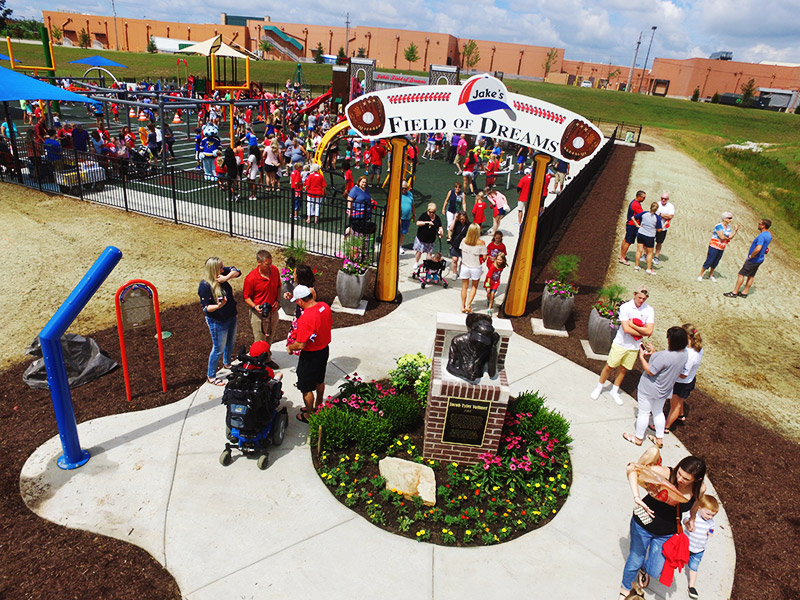 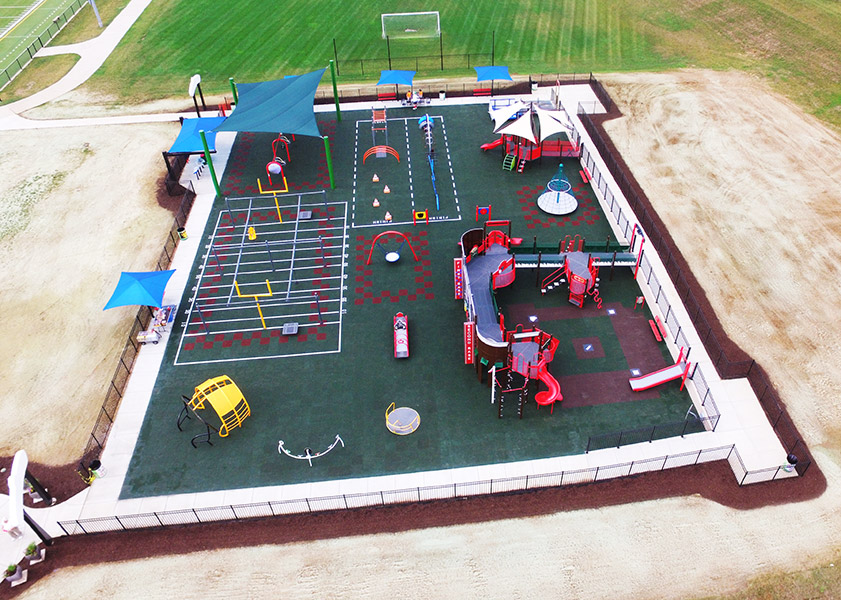 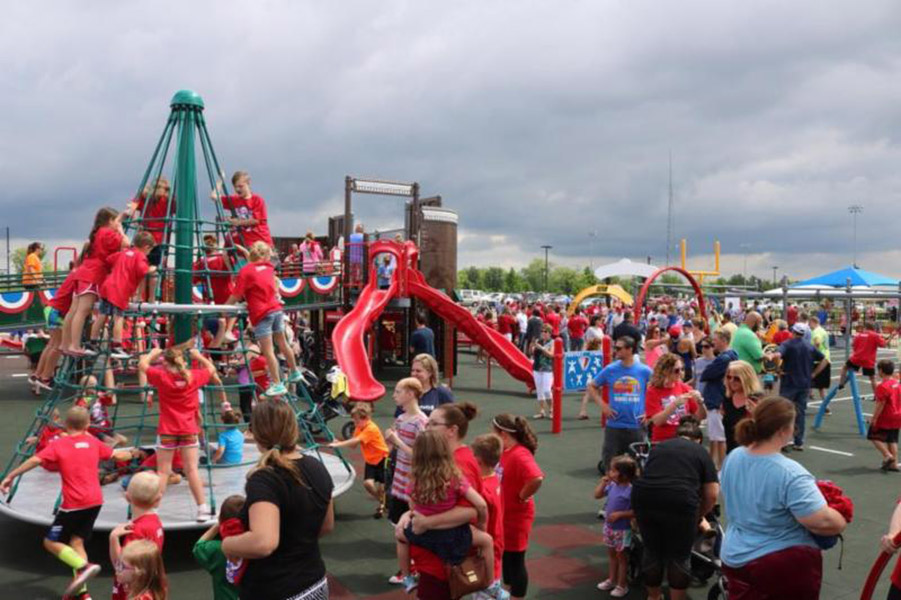 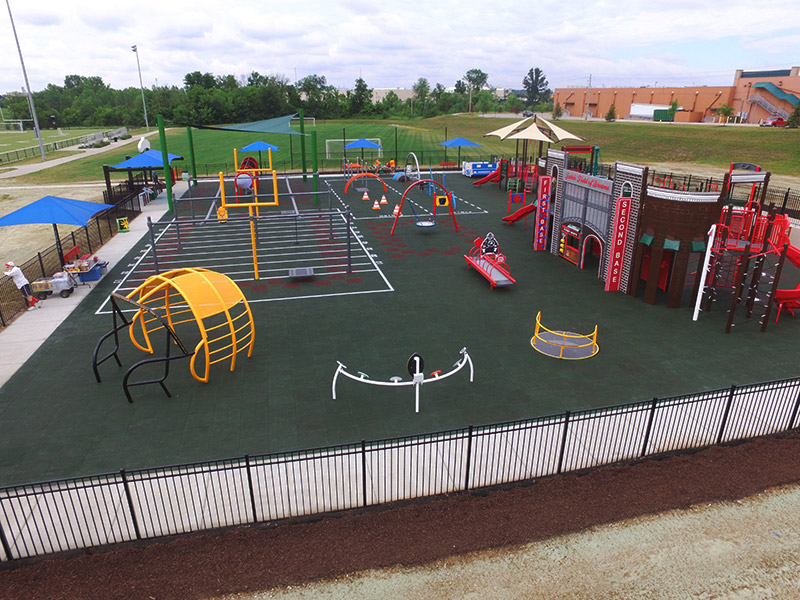 Ideal Landscape Group is proud to have built Jake’s Field of Dreams. It is a playground for children with disabilities in Wentzville, MO. Most playgrounds, kids could never get to the top if they’re in a wheel chair or some type of walker. Here you can get to the very top of the structures. It’s named in honor of Jake Vollmer who died in 2012 at age 19 from muscular dystrophy. His father, Jim, helped create the park in honor of his son.

“The biggest thing is to accept kids for who they are. In today’s world it’s really difficult. So, for kids to come out at an early age and learn to accept each other no matter their abilities it’s truly a magical thing,” said Vollmer.

The playground features wheelchair accessible merry-go-rounds, a jungle gym with ramps and ziplines among other things.

The playground was payed for through donations and a nonprofit called “Unlimited Play” that helps build structures like the one in Wentzville. The city also stepped in and helped cover the $1.1 million costs.

“Most playgrounds, kids could never get to the top if they’re in a wheel chair or some type of walker. Here you can get to the very top of the structures,” Natalie Mackay, executive director for Unlimited Play, said.

Karson Henderson, 7, is one of the many children who came out to Saturday’s grand opening of the park. He suffers from a brittle bone disease and has broken 40 bones in his lifetime, which is why he’s in a wheel chair. His mother, Katie Henderson, said it’s very special to have a playground like this.

“It’s a super tough thing has a parent to hear him get disappointed or frustrated that he can’t do certain things at certain times,” said Katie.

Here is some press coverage the project received: